Until I was nine, I lived in one of New York City's "melting pot" neighborhoods, where a wonderful mix of freely-mingling cultures, languages and races welcomed me into life on Earth. God, or my conception of God, was always at the center of my life and I conversed freely with the being I had inwardly invented to right wrongs, heal whatever hurt and generally keep the world just and flowing. 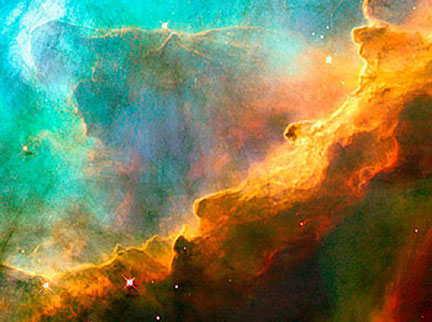 I attended college on the West Coast (Portland and San Francisco) in the late sixties, where I discovered many kindred souls seeking deeper meaning and expanded purpose in their lives. Some of these friends turned my attention to teachings from the East—first Zen, and then masters from India. After a focused exploration of some of the life-enhancing modalities available at the time—and there were lots—I learned the Transcendental Meditation (TM) technique offered by Maharishi Mahesh Yogi in Berkeley in 1967.

TM's gifts were unmistakable and I started a thirty-year career of devoted service to the Vedic tradition. For many of these years, I taught the TM technique. This work was indescribably rewarding—an act of pure love that took me all around the U.S. and to many parts of Europe and Asia. I also spent a lot of time simply meditating, including seven years in a non-denominational, convent-style setting. This whole period precipitated vast spiritual and personal growth which remains fully integrated into my life, a gift that keeps on giving.

After spending most of my adult life looking East, in about 1996, I began to discover the indigenous traditions of the West, or the Americas. I spent several challenging years working with a Ho-Chunk teacher, who helped me clear many deeply-rooted spiritual and personal belief systems. During that period, I also opened to a profound and intimate relationship with the Earth: her wondrous creative nature, her healing and nourishing gifts and her deep wisdom. I felt like every cell in my body turned around 180 degrees as I learned to embrace life on Earth with a grounded kind of joy and openness that I had never before known.

I have also been privileged to know a great Lakota wisdom keeper, Sun Dance leader, healer and teacher, Naça Wa'Anata. Through him, I received a personal pipe, a precious and powerful source of blessing, inspiration, and transformation. Both Wa'Anata's teaching and my personal experience with the pipe and other Lakota sacred ceremonies, especially the Sundance, have saturated every material and non-material aspect of my life with divine light. 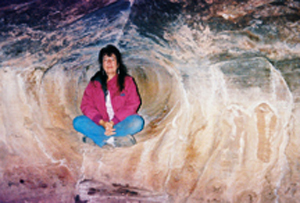 I spent five years (2002-2007) living largely in silence in beautiful northern New Mexico, merging with the Earth and ultimately with the infinite Silence that is the reality of creation. Through this process and many others, I was blessed by the unconditional love, wisdom, mentoring, humor and eternal friendship of Bill Bauman, an indescribably special gift from the Infinite in my life and the life of many friends.

It is beautiful beyond all words to live in eternal freedom.